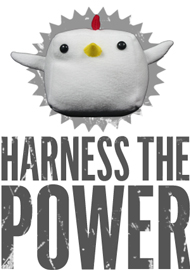 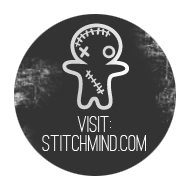 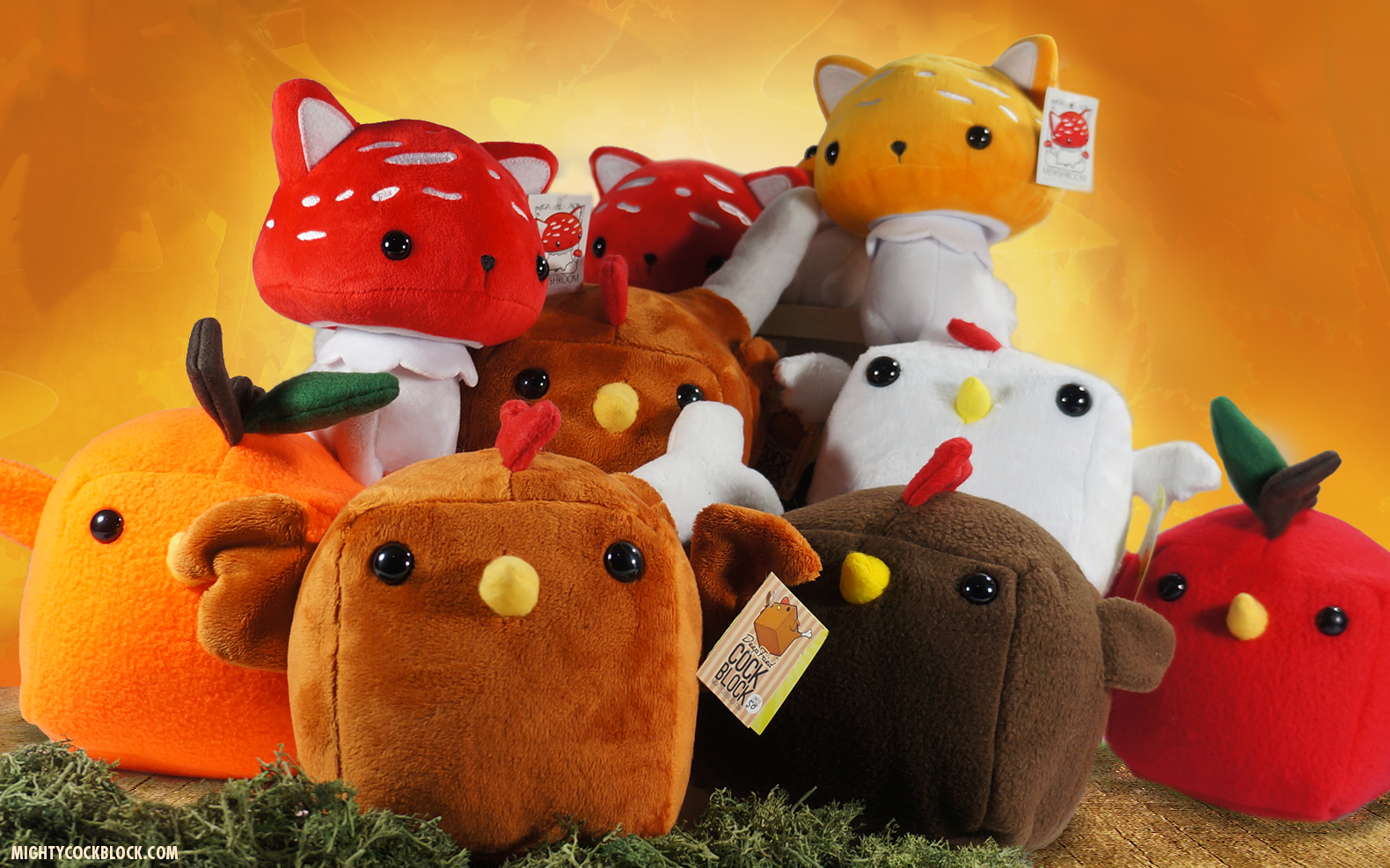 Well now this year is fast reaching its salty end! What a wild few months that has been. We here at Cockblock are just tickled and giddy about all the exciting things that came abound.

The year ain’t over yet though. Your ol’ pal Mighty has got a few more tricks up these vinyl sleeves to throw at you guys. First off our new pals the Mewshrooms have just sprouted and are invading homes and lives as we speak! To make them feel welcome, Cockblock is going to be giving them a little fanfare to ring in the shopping season. For this years Black Friday special all Mewshroom purchases with come with an extra special limited edition free postcard gift. Now when you Bless someone with the Fungapuss you can write an official note to tell them how much they mean (or don’t mean) to you.

If Black Friday doesnt get you all riled up then you are probably the type that likes to sit back this weekend and feast on the birds and cornucopias! If that’s the case we got good news for you to. To celebrate the holiday we have finally gotten the long overdue Deep Fried Cockblock up in the store. Now everyone can nab the newest Cockblock mutation and chow down on the holy greasiness.

You can find more info on these guys in the Stitchmind Store. Thank you all for the thanky thankings and thanks for looking!

Om my! You interrupted my meditation you scoundrels! It is I, your favorite guru, Cockharishi, returned from my cave of enlightenment to avail you with my infinite wisdom and aid you on your journey of self-improvement, no toad-licking required!

The year is new and so are your goals; like a bright shiny penny, you want to pick up this new start and spend it wisely. Problem is every year so far you’ve reached for the stars and fell flat on your ass, but this time it’s going to be different, cuz your wise ol pay Mighty is here. Remember that saying about how doing the same thing over and over and expecting a different result is the definition of insanity? Well now you can be certifiably* sane because I have some tips and tricks on how to make the most out of your 2016 New Year’s Resolutions. 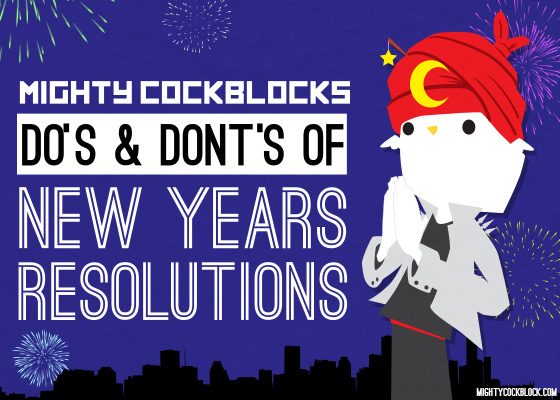 *no certificates shall be issued at any time

Nobody likes cold turkey, so when diving into that tepid pool of false hope you call resolutions try and pace yourself with some self-control. Trying to cut back on the sauce? Switch from vodka to wine before you pull your jaundiced behind onto the wagon. Or, if you vow to go to the gym more, pick one with a jacuzzi, or at the very least cable TV. I mean come on, what are you, a martyr? 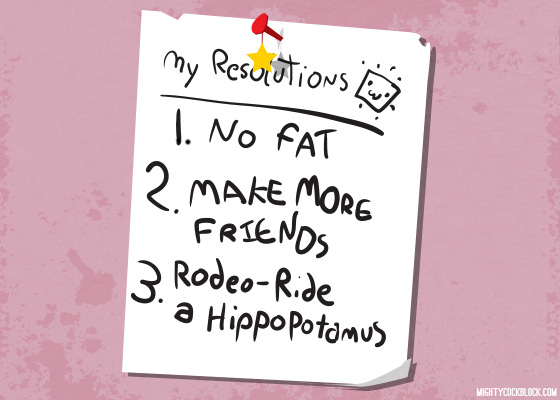 Nothing looks more unsexy then taking a sad failed turd of a resolution out back to be put down like a traumatic childhood memory, so pick a resolution that’s attainable. Keeping things light and simple will have you spending less time pulling your feathers out and more time savoring the sweet mustard of self delusional accomplishment. Take this for an example. If you play Elder Scrolls too often but just bought Fallout 4, resolve to play Elder Scrolls less often. Bam! Easy success and now you’re king of the world! 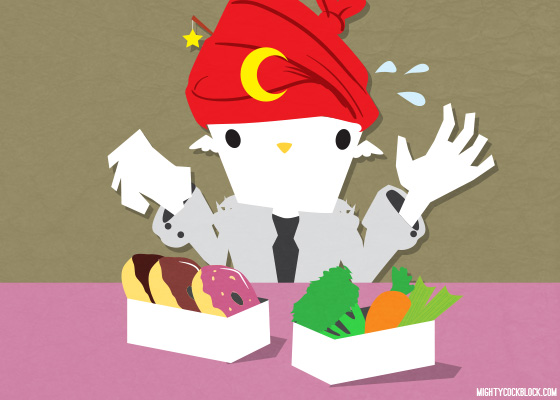 You are who you are, volunteering at the shelter once a month isn’t gonna transform you into Mother Theresa (the fairy tale one), so make sure a resolution will transform you into the glowing stud/stud-ette you always dreamed to be and, more importantly, how others picture you as. When Gandalf the Grey encountered the balrog he had a difficult choice to make. I mean yeah sure, He was gonna fight that buttmunch no matter what, (it was the only way through the mountain), but he CHOSE to do an extra kick ass job of it and in the end he got a sweet white hair upgrade. That’s sure to impress the lady wizards at the next enchanted ice cream social! 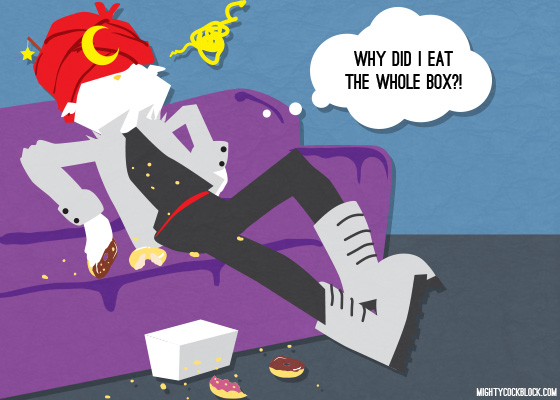 DON’T: Beat Yourself UP

Alright, so you slipped up, maybe that third bowl of ice cream NEEDED to be eaten, who’s to say? You’re not a pathetic worm, spineless and suitable only for the consumption of your avian overlords. Everybody falls sometimes. Try again tomorrow, but you might want to sleep in…. and possibly have a few muffins for breakfast to get your day started. 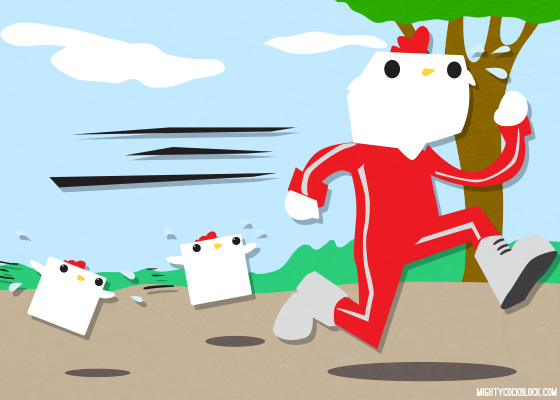 DO: USE THE BUDDY SYSTEM

A resolution doesn’t have to be a lonely quest. Chances are the people you rub shoulders with are as degenerate as you are. Find a friend with similar flaws and then discuss cheap/easy fix ideas incessantly. This will give the illusion of progress whether you actually do anything or not. 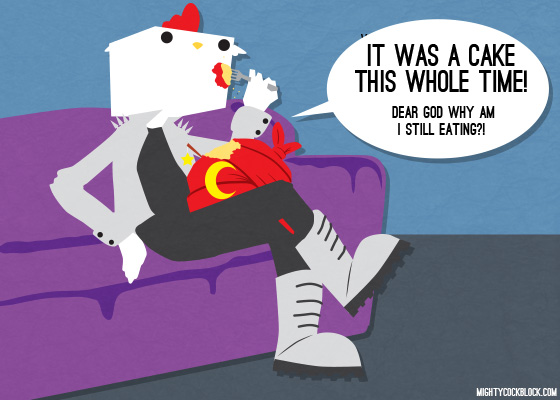 Once February rolls around, you will either have completely forgotten about your resolution, fought with your buddy, or been trampled to death under the heels of your superiors. But who cares? Resolutions a stupid tradition, invented by greeting card corporations to sell gluten-free notebooks or something. You could be struck by lightning tomorrow, so the way I see it as long as you don’t cling to tall metal poles during thunderstorms you are basically winning at life . So keep doing you and don’t forget there is always next year!

Hope Everyone is having a great time celebrating the wonderful winter event of their choosing. Happy Holidays from me and my friends! 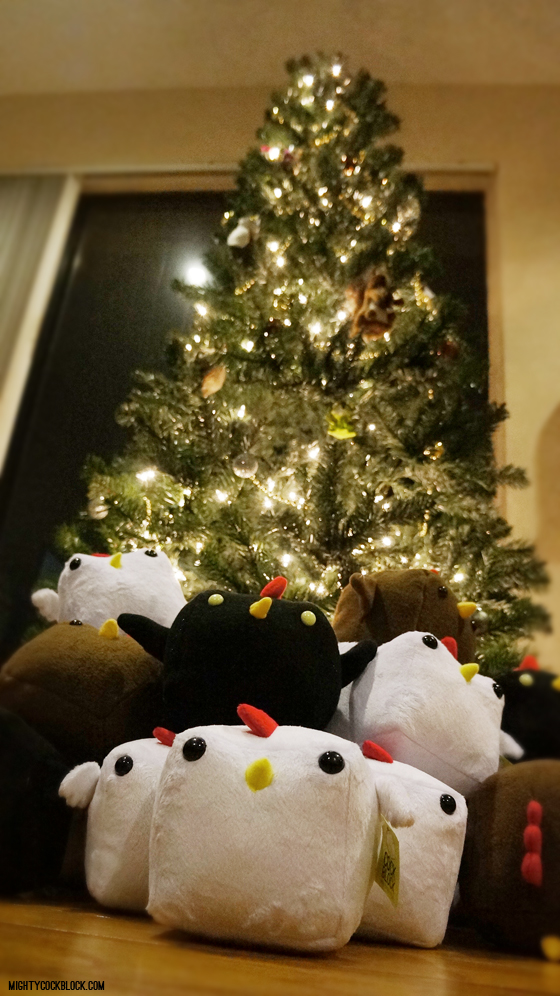 Halloween came around and went and I ran around giving a little blocky blessing to those dressing incognito. Here are a few pics of some of the great costumes I saw. 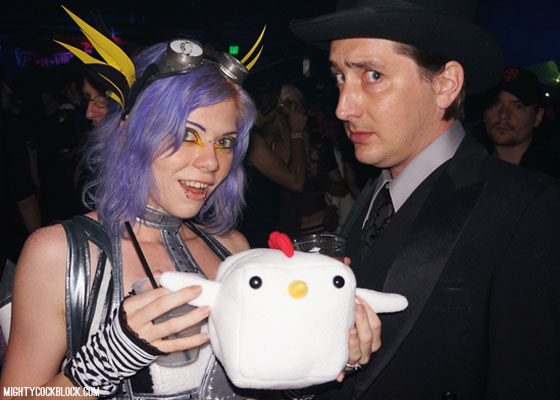 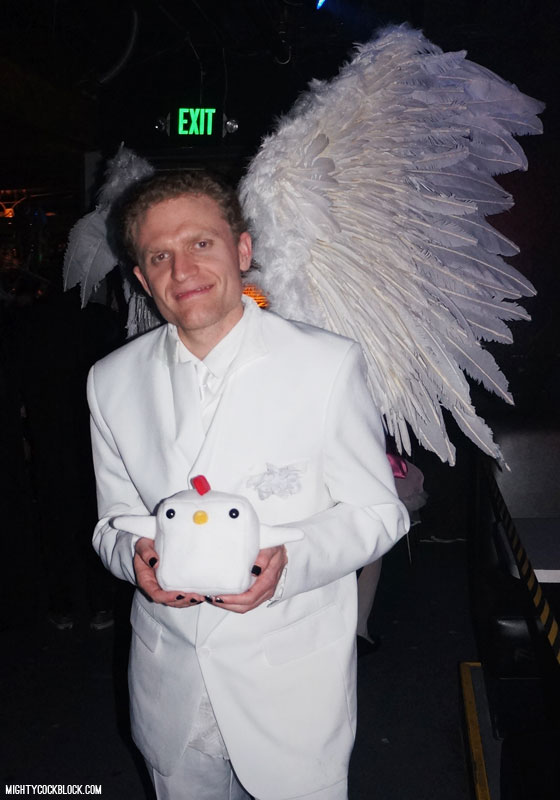 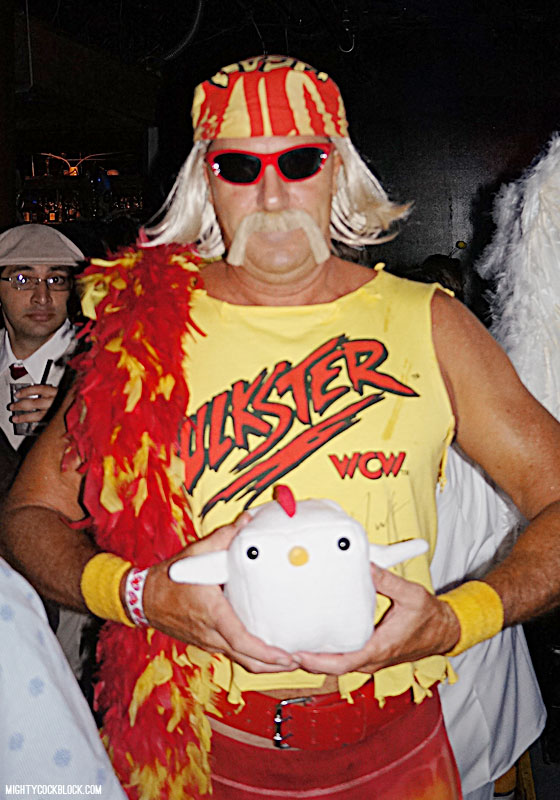 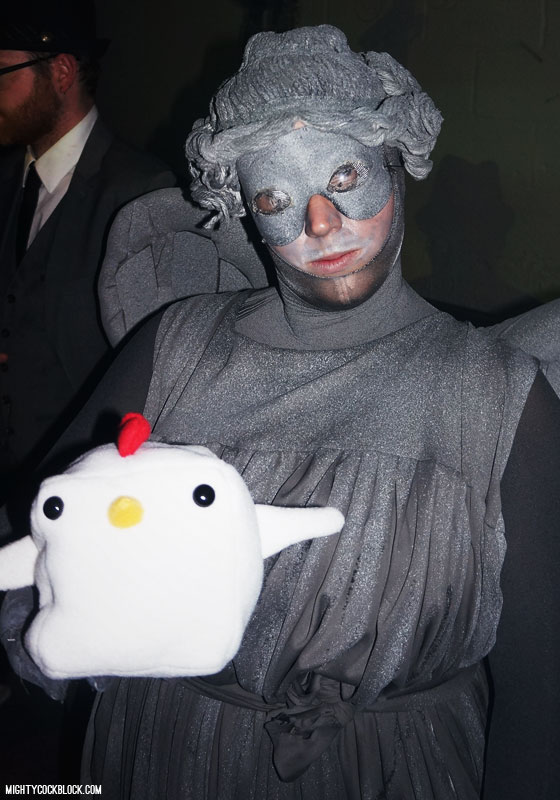 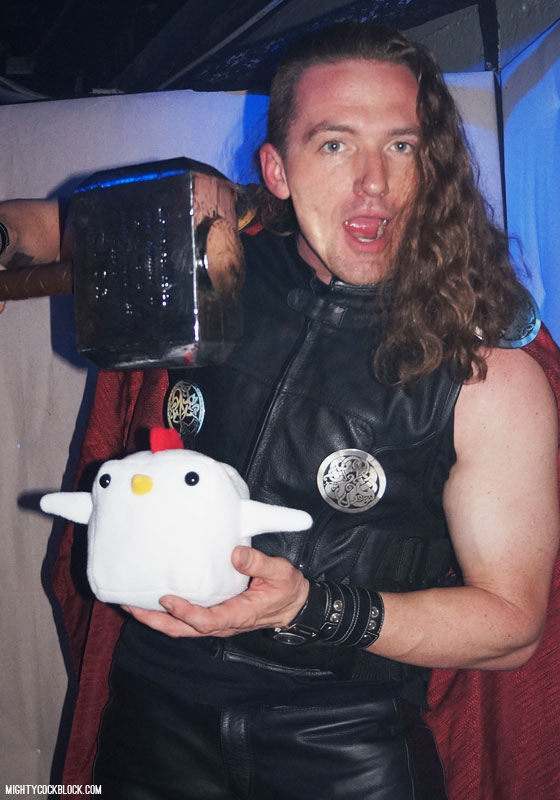 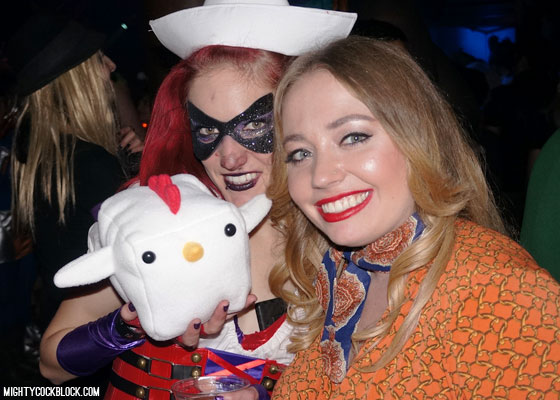 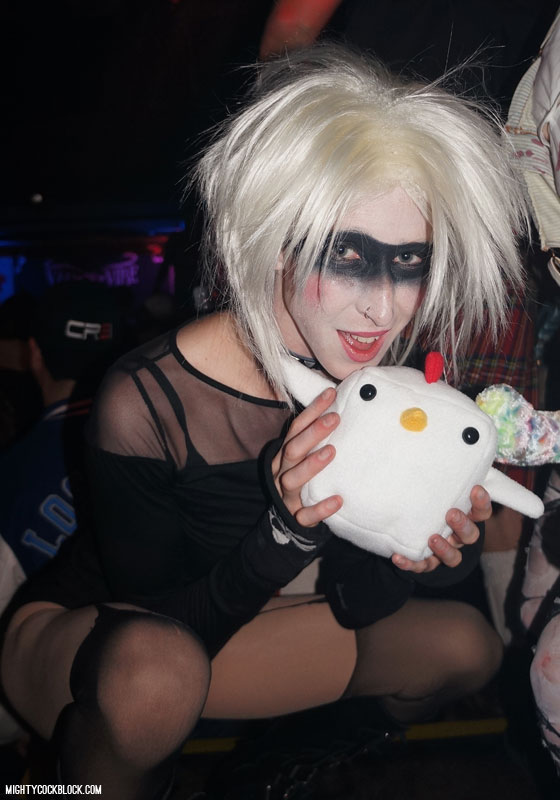 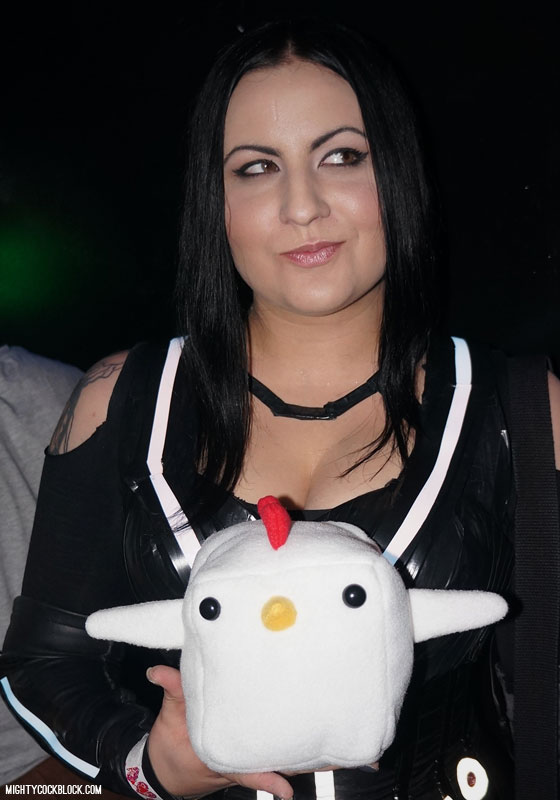 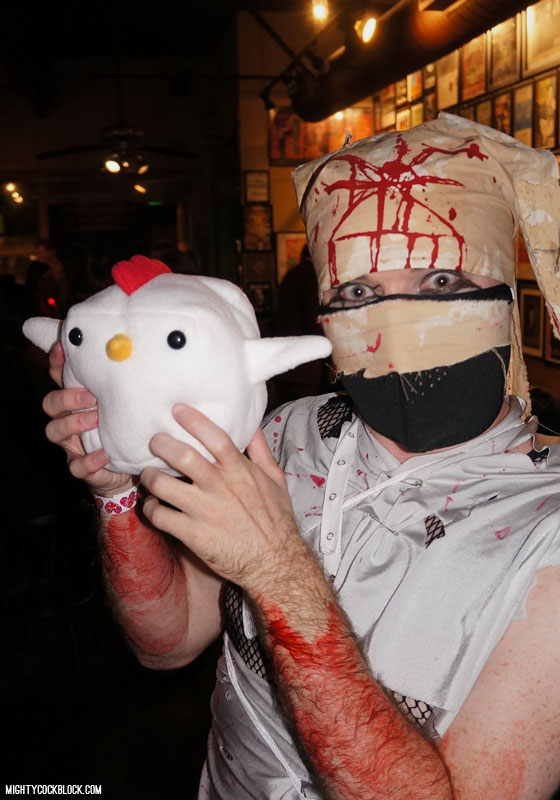 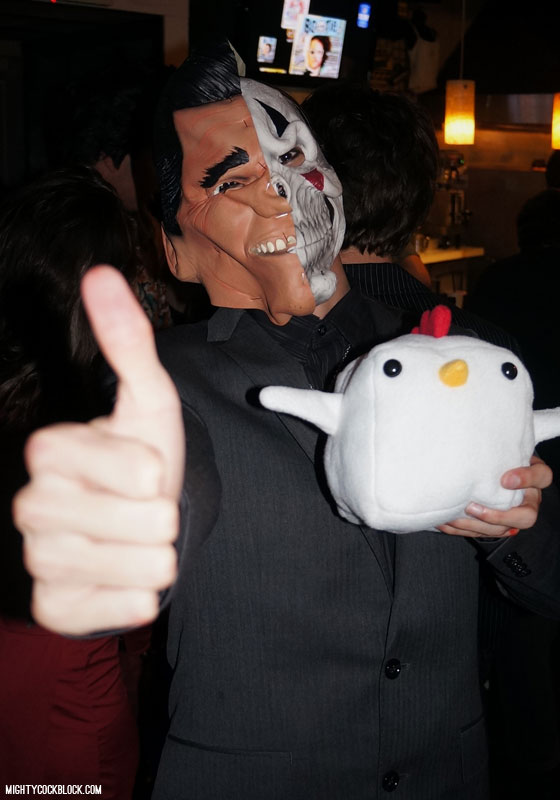 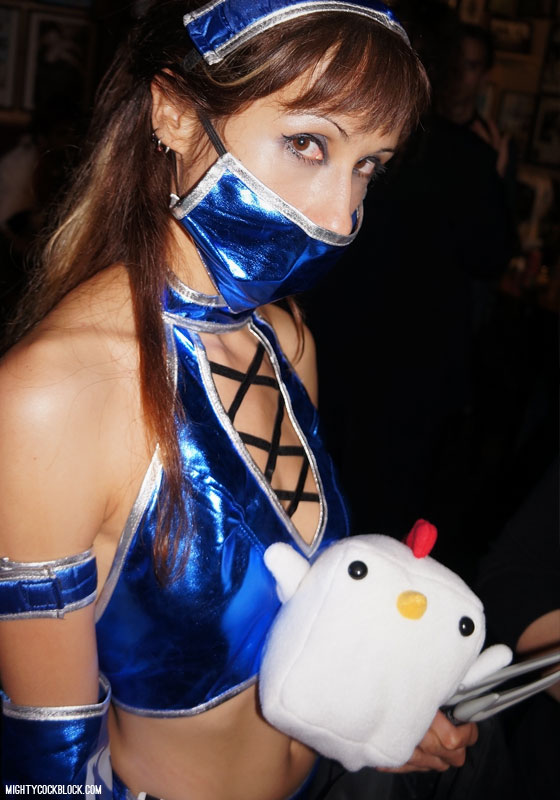 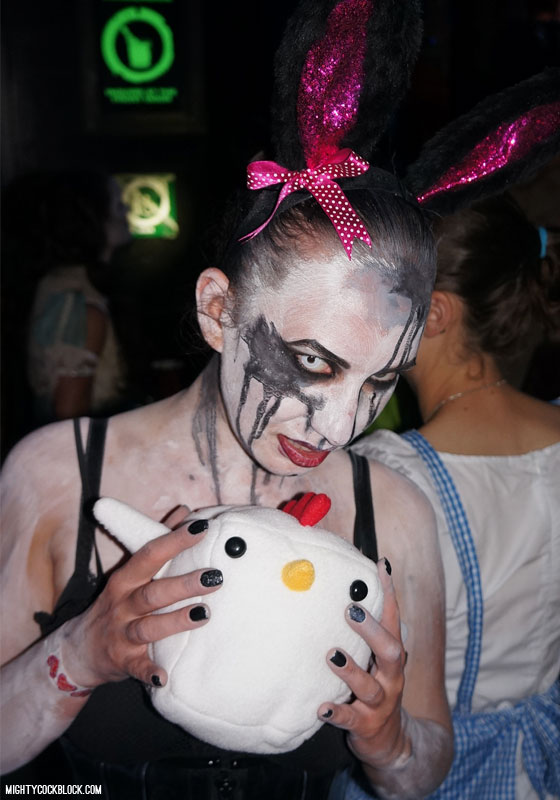 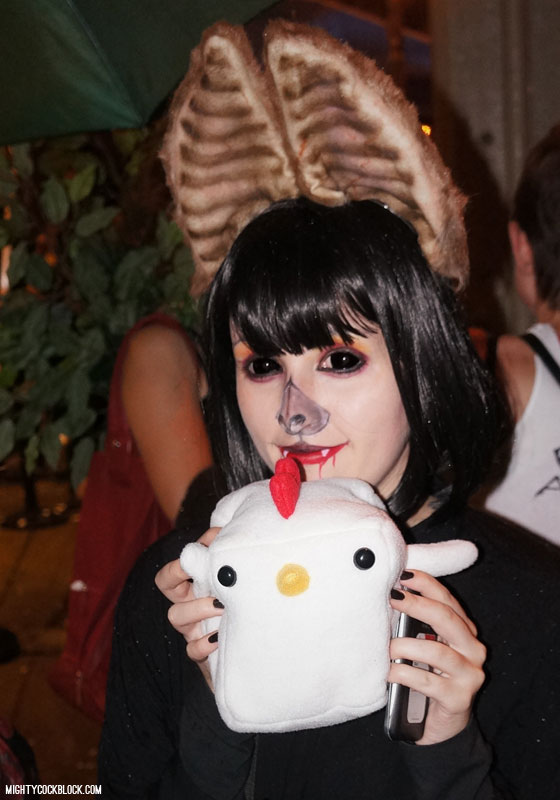 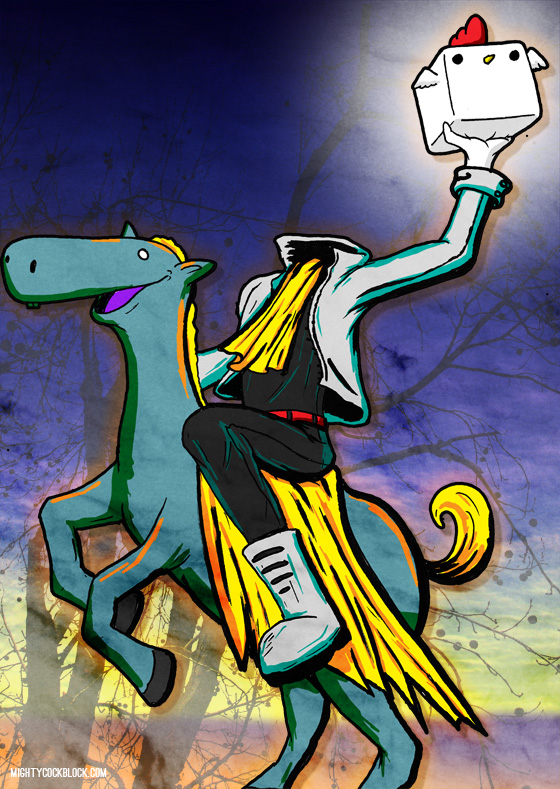 What’s up my Friends, Mighty Cockblock is here for a quick hello and update. October has been a hectic month and we haven’t had time to get any goodies down your way on the blog, but stay tuned. We have a load of great things and fun stuff down the line.

Right now lets just say its October 31’st so Happy Halloween! Cockblock loves some Halloween, from the endless waterfalls of candy, to the women who finally get to walk out in public in their underwear, it’s all great stuff. I for one will be partying the night away making sure Cockblock magic flows freely through the streets. Maybe you will get some yourself this night. We can only wait and see.

Well hope you all have a great holiday go eats some candy and watch out for the Scaaaary ghoooosts.